How I Learned to Love Contracts 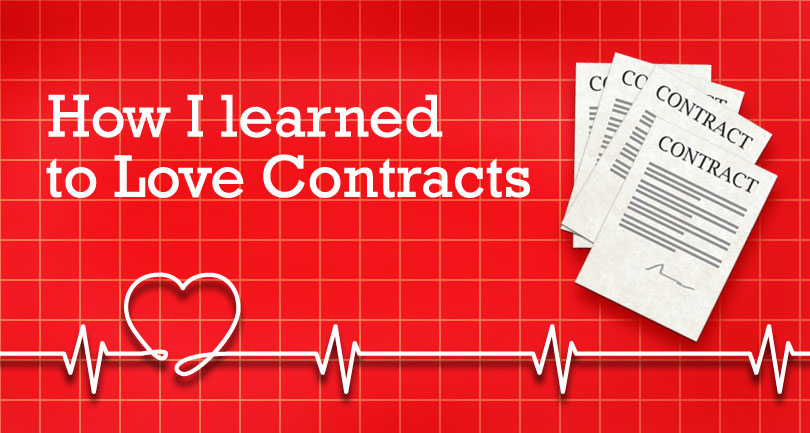 A personal essay from Irenosen Okojie, an arts project manager and writer living in London

When I worked full-time, contracts were my least favourite thing to do, second only to those never-ending meetings and excruciating interactive group exercises that had no bearing on actual daily work activities. If you work in the arts, you know what I mean.

I resisted dealing with contracts for as long as possible: drawing them up, issuing them to artists, chasing their return, filing them in some sort of order. As the pile of documents shoved into corners of my desk often indicated, I worked in a chaos of contracts. Who knew what you’d find in a suspicious stash of papers: a spare comb; a packet of gum; even spare tights, should the dreaded runs appear on ones I wore. God forbid anyone ask me to find the contract for an event that took place six months ago. It wasn’t that I was lazy. On the contrary, my diary and appointments were well organized. I was on top of emails and very prompt in dealing with artists’ enquiries and supported a national programme of events.

It was more that contracts weren’t the fun stuff; they aren’t creative. To a degree, we all have to manage some level of administrative tasks. When you work in the creative arts like I do, collaborating with poets, musicians and designers, drawing up a contract is the least exciting task, if the most necessary. In some small way, I may have resented doing them because they meant constantly facilitating the creativity of others. Ah!, you say, but surely you knew that when you took on the role? Surely you enjoyed being an enabler and providing development opportunities and spaces for artists to grow? Of course, I did. Human beings are complex, and it’s those sneaky little things you don’t think won’t make a difference that usually do. Fast-forward two years later, and I’d left my job to take some time out to work on a personal endeavour.

When I began freelancing as a Project Manager, an unexpected shift occurred. The day the contract came through for the first project I’d snagged as an independent, I noticed they offered to pay me a lot more than I’d anticipated.  I was so pleased at the time, having wrestled with all the uncertainties that come from going out on your own that, in that moment, the contract became a positive thing. Oddly, the contract cemented that my move to become a free agent was the right decision. No more handling the politics of working in a fraught, stressful atmosphere or feeling unable to say “no” to projects I didn’t want to be involved with because of the culture of the environment. No more waking up at the same time every morning to face a dreaded daily routine that made me question my work/life balance.  Through freelance contracts, I learned that I now only work on projects that genuinely interest me, and that I feel I can add value to.

Whenever I rummage through my contracts, they reflect the diversity of projects I’ve worked on, from a travelling mapping tour and workshops celebrating the Mexican Day of The Dead to book launches, spoken word tours and theatre shows. Contracts set the parameters by which we work, and their terms are there to protect all parties involved. If you’re working in partnership with several organisations, contracts ensure the work will be delivered in a particular way. Gone are the days of dubious handshakes—imagine how many disasters could have been avoided if two parties had written their agreement in a contract!

We tend to go into working relationships with every enthusiasm, but occasionally, relationships can sour. When they do, contracts are there to protect us. Although I disliked contracts in the past, now that I’m a freelancer, I appreciate the structure they provide. Without the infrastructures and support from an organization, you can on occasion feel vulnerable. Having clear terms of agreement between parties means you won’t be taken advantage of and clients can’t refuse to fulfil their obligations.

I’m often intrigued by the part association plays in how we feel about certain things. Is it the thing itself bad and problematic? Or do we simply have those feelings because it’s connected to negative experiences which inform our perspective? It is possible to change your view on something when you experience it in a different context. This is what happened to me regarding contracts. In the past, I associated them with stress, routine and a lack of choice. When I became a freelancer, what contracts represented changed—in a good way. Now, they’re filed away neatly on my shelf, and the more contracts I get, the more I know I’m doing something right. 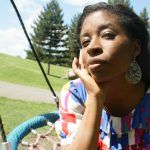 Irenosen Okojie is a writer and Arts Project Manager. She lives in London with her family and beagle Gogo. Follow her on Twitter @IrenosenOkojie.