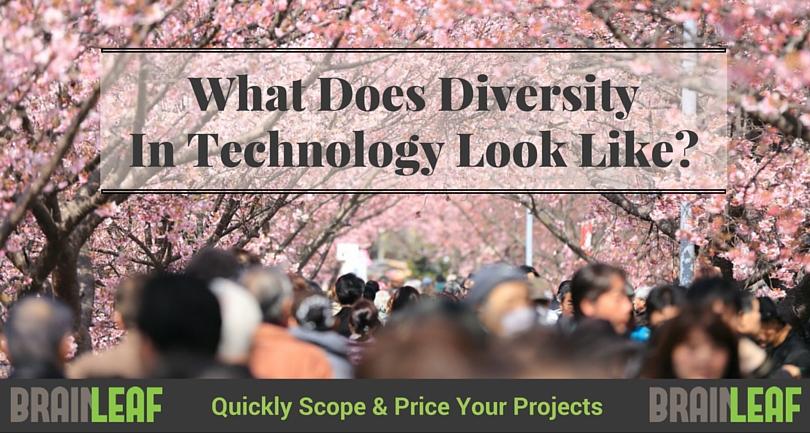 From Our Guest Author Danielle Brantley.

It’s a topic that has dominated the news for months. From the #ILookLikeAnEngineer movement, started by Isis Anchalee, to Ellen Pao’s controversial tenure with Reddit, diversity in tech remains a hot topic both inside and outside the tech community.

But what does it mean to be diverse in the tech industry?

If not expanded, the movement risks alienating other minorities groups, and resulting in the lack of diversity within a different context.

What Other Diversity Problems Are We Facing?

Before we discuss any initiatives to address tech’s diversity problems, we need to first acknowledge that there are other problems. There are issues of race, age, disability and many other biases that plague the industry.

Here are some examples of the other diversity issues the tech industry is facing:

In April 2015, Robert Heath, 64, filed an age discrimination lawsuit against Google claiming that his application was unfairly dismissed for a software engineering job in 2011 when he was 60 years old, despite his work experience. Health’s lawsuit cites a similar lawsuit Google faced in which former executive Brian Reid claimed he was told his ideas were “too old to matter” and referred to as “old fuddy duddy.” It should be noted that in 2013 the average age of a Google employee was 29.

Before we discuss any initiatives to address tech’s diversity problems, we need to first acknowledge that there are other problems.

Despite accounting for 19 percent of the U.S. population, people with disabilities are often unable to access basic technologies. There is a lack of knowledge of accessibility development throughout the industry and it stands in the way of creating tools that everyone can use. Recently, companies like Dropbox, Facebook and Microsoft have partnered with disability advocates and academic institutions to create Teaching Accessibility, an initiative that seeks to boost accessibility in tech by teaching engineers, designers and researchers to create products that are inclusive of those who are disabled. As part of the initiative schools like Stanford University will make sure that accessibility and universal principle designs are included in their computer science curriculum. Tech companies will make sure to include accessibility as part of their job descriptions.

What Can We Do About These Disparities?

If the diversity in tech movement wants to thrive, let’s be more inclusive of ALL experiences. It seems that other issues take a backseat to the women in tech movement and the movement doesn’t prioritize the importance of intersectionality and representation.I believe their actions are only focusing on the women in technology issue and seemingly neglecting other minorities. I believe this shouldn’t be the case.

Sen. Elizabeth Warren once said, “If you don’t have a seat at the table, you’re probably on the menu.” I suggest we discover a way to include everyone in the diversity in tech conversation so that those in the minority won’t feel left behind.

What Is My Vision For Diversity In Technology

My vision for diversity in technology is an industry where everyone has a voice and where members of underrepresented groups are seen as equal to their peers. Imagine a place where we see more members of these groups working in the tech industry in engineering, designing, QA, technical writing and other technical and non-tech roles.

Picture them speaking at tech conferences, in leadership positions at tech companies, becoming entrepreneurs, speaking out on the injustices they face and so much more. We are all consumers of tech and it would be nice to see the staff at these tech companies reflect their consumer base. Seeing more children of color being exposed to technology would be inspiring.

Imagine a place where we see more members of these groups working in the tech industry in engineering, designing, QA, technical writing and other technical and non-tech roles.

As a woman of color who grew up in a low income area with very little exposure to tech, I didn’t know what it meant to code or what it meant to work in the tech industry. I didn’t have engineers, designers or other tech folks coming to school for career day. I didn’t grow up with access to computers or internet service.

Imagine the time when we’re introducing computer science education into student’s curriculum and where young people of color know there others like themselves in the tech landscape.

What Are The Steps We Take To Get There?

There are organizations that are stepping up to expose members of underrepresented groups to technology. Let’s make sure they are being hired and amplify their voices.

One such organization, Black Girls Code was started by Kimberly Bryant to introduce young and pre-teen girls of color to computer programming at a time when they are figuring out what they want to be when they grow up. Kimberly is also starting Black Boys Code which is coming soon.

Another organization, CODE2040 create programs that increase the representation of African Americans and Latino/as in the tech landscape. Every summer, the CODE2040 Fellows program places top performing African American and Latino/a college level computer science students from around the country at internship positions at top tech companies. They also hosts hackathons for high school and college students of color.

Hack the Hood, based in the Bay Area, is a non-profit that introduces low-income youth of color to tech careers by hiring and training them to build website for real small businesses.

The Yes We Code initiative is also in the Bay Area and it provides youth with the necessary resources and tools to become computer programmers.

In New York City, Stephanie Morillo and Christina Morillo (no relation) started #WOCInTechChat, a Twitter chat and online community for women of color who are either working in the tech industry or trying to break into the industry.

Companies have also made moves to ensure that there is diversity in tech. Gap Jumpers  is a company that has taking a different approach to hiring diverse tech talent. Companies like Wieden + Kennedy and Dolby Laboratories use Gap Jumpers’ technology to conduct blind auditions for tech talent.

Pinterest and Twitter have released their diversity goals for 2016. Pinterest also has their demographic numbers. There is a movement to target Historically Black Colleges and Universities as well.

Companies like Google have software engineers in residence in schools like Spelman College in Atlanta, Howard University in Washington D.C., and Morehouse College in Atlanta. these engineers teach students how to master a technical interview and how to write professional emails.

Buffer, a social media management company has built a diversity dashboard that shares real-time data on the demographic diversity of the Buffer team.

DoubleUnion has a project called Open Diversity Data whose goal is to make it better for everyone to understand the diversity landscape and create solutions.

Let’s Be Open & Willing To Listen

As you can see, these are just some of the initiatives taking place to boost diversity in tech. It takes people of ALL backgrounds to push the conversation forward. Although it’s going to take some time for tech to be as diverse as we like, we will get there sooner if we start recognizing and checking our privileges, and being open to listening to different perspectives. 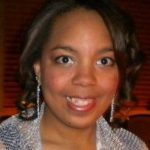 Danielle Brantley became immersed in learning web development shortly after college. When she isn’t learning to code, she is blogging about her coding journey. She hopes to obtain a job as a developer real soon. You can connect with her on Twitter, Linkedin and her website.