How To Attract & Connect With People On Instragram, Pinterest & Tumblr

100 million people use Pinterest every month, and the number of Pinners has doubled in the past 18 months. As for Tumblr, it gathers 420 million users. Tumblr & Pinterest experienced the fastest growth in active users (+120% for Tumblr and 111% for Pinterest) over the past year.

Thus, organizations should not ignore these platforms when building a social media strategy. As they encourage their users to connect and express themselves, it’d be wise to use the network’s for their unique strengths.

What are these network’s core strengths?

How ought a company leverage them to form bigger communities and engage them more?

Instagram lets users transform and share photos in many ways using filters and other features. Its users may also upload videos playing automatically without any sound. Users share this media via mobile and not from the desktop version, and that’s the most important feature to take into account.

The platform has been created for a mobile environment. Considering the fast growth of its population and its engagement rate, which is much higher than on Twitter, brands would make a terrible mistake by not changing the way they are communicating. It would be a shame to not leverage the social network’s core strengths.

PROTIP: Don’t ask people on Instagram to be passive users, but instead have them answer questions and express themselves. 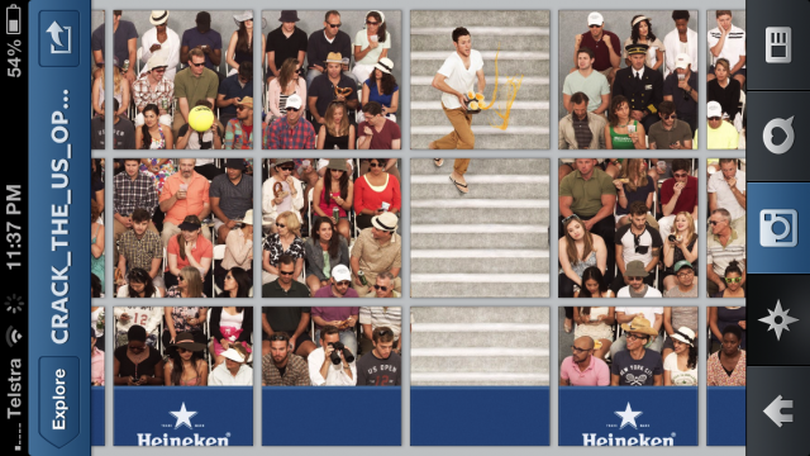 One of these is enabling gamification: that’s a way to entertain your audience and communicate about your offer at the same time. Rewards are often given at the end to encourage people to take part. Heineken did a great job during the US Open last year by putting together over 200 photos of fans. Those spotting the right people received tickets.

So, don’t ask people on Instagram to be passive users, but instead have them answer questions and express themselves. For instance, a brand selling chocolate bars may encourage its customers to share photos, highlighting the products in a casual situation, or ask them to choose the most delicious treat. The company proposes a selection and the items with the most likes would receive a temporary discount in the stores. Defining relevant hashtags gives a viral effect to the game.

People are visiting this social media to explore, search and find new ideas. They have passions, brands they liked and intents. Actually, it’s like a giant place where people can walk to find thousands of products and pictures. That’s one of the core strengths companies should leverage. Pinterest enables brands to expose their whole offer and present them in specific situations to show people how to use them.

PROTIP: Pinterest is like a giant place where people can walk to find thousands of products and pictures.

So, when having a particular idea in mind and searching, they may find your product and start seeing the others, if the results are pleasing. The brand might also be already known, but users will discover a new part of your offer or new ways to use their properties.

For instance, Dreyer’s Ice Cream is doing a great work on Pinterest. It presents their products but also proposes summer recipes and ideas for Halloween, holidays and many events. Not only will people find new ice creams but also new ways to present them during specific occasions. So, non-customers get a very large view of the offer, which is highlighted in a more seductive way, and clients can’t get enough of the products, because there are many possibilities ahead of them.

Tumblr And The Brand’s Universe

Tumblr is like a blog. You write and share posts other users can like, comment and “reblog”. Lots of media such as pictures, gif, sounds, videos and texts are available when creating your message on the platform. As for the interface, you build it and can make it unique to better express identity. So, Tumblr offers brands the possibility to communicate and connect with their audience in many ways. They can show a whole universe highlighting the offer but also the vision and the people building the company over the years. They encourage their followers to play a part .

They would make a terrible mistake by not adapting their communication and using the same picture as on Facebook or Twitter, for example. Since there’s a lot of possibilities to write a post, users of Tumblr are expecting to see the brand from a new perspective. They’re driven to learn more about it, and to connect in a new way. Otherwise, there’s no point following it.

PROTIP: An original approach may seduce and encourage them to search out for more.

There are several scenarii. For example, you will connect with people knowing you already but not clients and try to change their point of view. And some users may be fan of the industry you belong to, follows your competitors but doesn’t know your existence yet. When they will connect with you for the first time, an original approach may seduce and encourage them to search out for more. 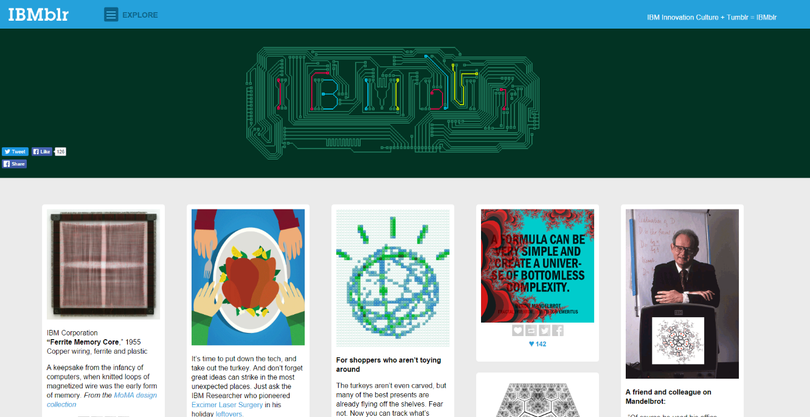 For instance, IBM is doing a great work on Tumblr. The headline on the page “IBM Innovation Culture + Tumblr = IBMblr” tells you immediately that what you will find isn’t on any other social network. There are lots of gif images, which is the popular type of content at the moment. It includes pictures, drawings and videos. The brand doesn’t highlight the products but want to show you the whole universe it has built, and share its passion with you. Its intention is clear: even if IBM founded more than a century ago, its looks cool and encourages you to join its community and connect.

Thus, Instagram, Tumblr and Pinterest are three “visual” social media networks, and each has its core strengths. They each communicate and connect between their users. Remember that people on these platforms are there for a reason and expecting you to propose something different.

So, play the game, surprise them and offer them a new journey.

Nicolas Le Breton is a digital communication manager and can be found on twitter @LBretonNicolas or by the following email. Nicolas.lebreton@essca.eu