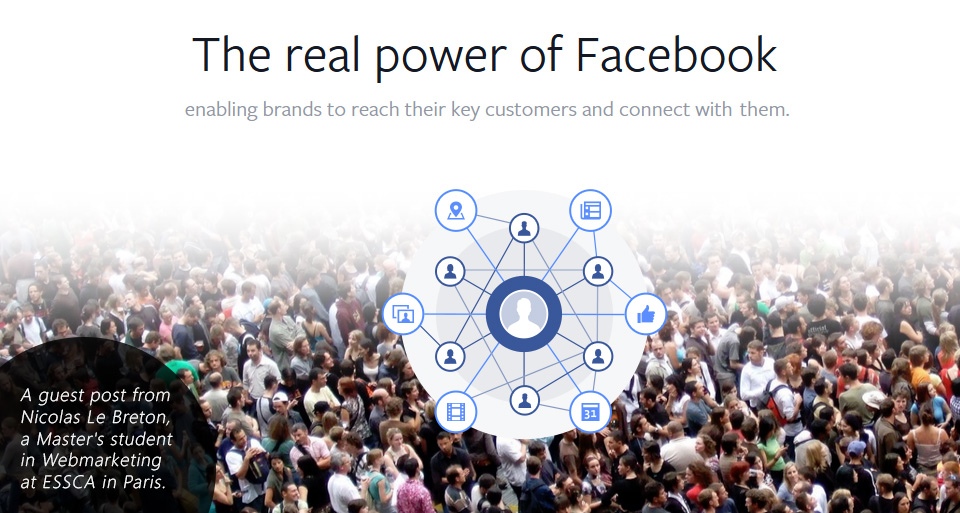 A guest post from Nicolas Le Breton, a Master’s student in Webmarketing at ESSCA in Paris

Everyone knows social media is necessary for marketing. However, merely setting up a Facebook page and a Twitter profile is not enough. The social media agency Komfo released a study two weeks ago that found brands’ Facebook pages reach less “fans,” but those who actually see the posts engage more. The click through rate increased by 48% in one year whereas fan penetration fell by 55%. This is good news.

Audience Reach has been decreasing for some years now.  Not all of your fans will see your posts. So, is Facebook still worth your time? The answer is yes because the fans who will see your messages in their news feeds are current and potential influencers. They are the key people who will help you spread the news, increase your visibility on Facebook and recruit new fans.

Naturally, the most active fans have the highest expectations. They look for direct contact with you and expect more attention from you. Therefore, knowing what they like and what they want has become necessary. Facebook Insights can help you adapt your communication and confirm some ideas you have, but they won’t bring you the essential information. They only give you the numbers, not the unexpressed desire. Time must be spent on listening to your fans’ reactions and on encouraging them to express their opinions. Facebook is not like Twitter where interactivity is much easier to foster. However, asking questions to the ones who comment and like, and highlighting some of them on your page encourages them to keep interacting with you. Sometimes, just showing that you have read their reactions is welcome.

Posting every hour is not necessary. Today Facebook users’ news feeds are overwhelmed with information from their friends and brands they like, along with some advertising. Because of that, the right timing is crucial. Studies indicate 1pm-4pm is the best time slot. However, further testing is needed to determine when your audience will be the most attentive. Additionally, your posts should include a picture or a video: engagement is much stronger when you do so. Finally, encouraging fans to interact with you remains the most important part of the work. Remember that your posts are made above all for the current influencers and the potential ones (newcomers with a high click-through rate). Your content is not made for prospects but for people already interested. Don’t tell, engage them.

What role does the rest of the community play?

A large part of an online community is composed of passive people. They don’t feel the need to express their opinions or to change their status inside the group. When someone on Facebook has liked a page but doesn’t click, share, comment or even like its posts, these posts will simply no longer be displayed in their news feed. That person will still be considered a fan, but has maybe forgotten that he or she is part of your community. Is that person still valuable? The answer is yes for two reasons. First, the amount of fans is an indicator that media love to talk about. “The Walking Dead” has more than 30 million fans on Facebook. That number alone impresses people and shows that it is more than just a successful TV program: it gathers many people even when the show is not on air. Second, when you visit a page for the first time, Facebook shows you if some of your friends are already part of that community. This could be a good incentive for people looking for connection.

Facebook is the mainstream social network. It enables you to gather people, build a community and find the most active fans. Twitter, however, is the perfect tool to reinforce your proximity with influencers. Find them on Twitter and start talking with them. They are looking for attention and will see that you care about them. Just don’t be too intrusive and don’t focus on the same people all the time. Jealousy is part of the human nature: newcomers may become frustrated. 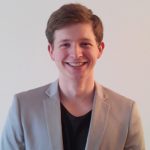 Nicolas Le Breton is a 5th year student at the international business school ESSCA in Paris. After several internships in media and social media in Paris and Dubai, he is now about to complete his end-of-course thesis and will receive a Master’s degree in Webmarketing. Connect with Nicolas on Twitter @LBretonNicolas and on LinkedIn: bit.ly/NicolasLeBreton!