Random Thing of the Week 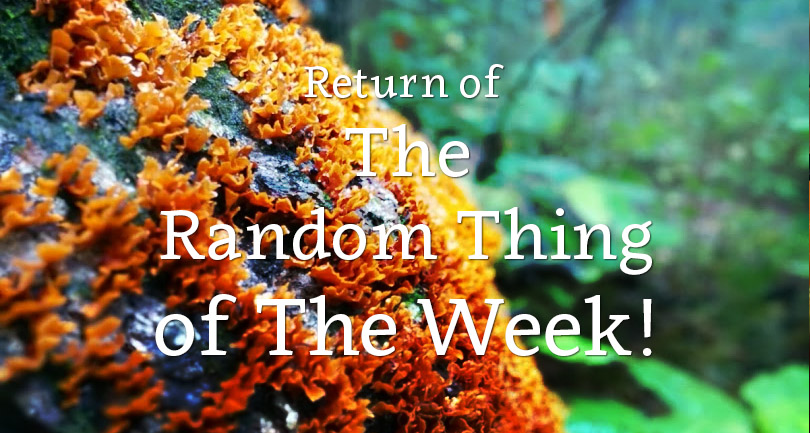 Random Thing of the Week returns!!!

This time of year is always special.

With the seasons changing, the color of the leaves going to their fiery oranges and reds, and the cool air wisping by your face. So, along with all the change, here we are with the return of the random thing of the week!

With the beautiful weather it’s been high time to get those hiking shoes on, patch up that ragged tent, and get out into nature! To keep ourselves sane and away from the computer for reasonable amounts of time, we’ve been getting out and having some amazing adventures hiking through the North Georgia mountains, and I thought I would share a pretty funny story with you about my comical, fail/success in getting outdoors recently.

Last week was busy. Really, really busy. Like 7am to 12am busy almost every day. So busy I felt the need to get so far away that no one could reach me and even if I wanted to, I couldn’t reach them. So a camping trip was planned. I was going to pick up my girlfriend at 3:20pm from her house on Friday, drive up to the Bartram Trail, hike in about 20 minutes to a great camping site I had been to years ago, and spend the night in the great outdoors. It was a great plan. But like many well intentioned, great plans we ran into some problems. Some client work put me behind getting out the door and I didn’t make there till almost 4:45, right in time for rush hour traffic on a Friday.

Some mistakes may have been made.

It was like a hundred mile line of metallic molasses. We as we crept along at about 15 miles per hour for the next hour and a half I just had to keep reminding myself that it would be over soon. Soon the road started twisting and turning as we entered the mountains. It still wasn’t quite dark and I was savoring the feeling of being able to make it before dark after all. With about the fourth twist in the road around a large foothill came the realization, that this was not where I was supposed to be. I was approaching the wrong city, in the wrong part of the state, ON THE WRONG ROAD! The realization of my mistake set in quickly. In my haste to get out of town, I had gone north west instead of north east, and now I had another hour and a half drive across the state ahead of me to even get to where I was going. So much getting there before dark. Oh well, just part of the adventure right? Turned out, the adventure was just getting started.

It’s hard to walk in the dark.

When we finally arrived it was pitch black. Most little parks in the middle of the mountains don’t have electricity, and this was no exception. So we dawned our headlamps and started looking for the trail. I remembered that the last time I did this trail it had been difficult to find the start of the trail, but it turns out that in the middle of the night, with a fully loaded pack, it’s even more difficult! So after about an hour we finally found the trail and started off into the woods. Just a short 20 minute hike and we would be there…

Okay, so I’m a designer, I’m also what you might call an optimist. Like so many optimistic designers I sometimes misjudge how long it takes to do certain things. Sound familiar to anyone (shameless pitch for BrainLeaf)? One of those minor, little misestimations happened to be how long it took to hike to this camp site. So an hour and forty five minutes after finding the trail head, hiking through a strenuous path with a layer of fallen leaves covering the pits and falls, over waterfalls and slick rocks, in the middle of the night, in the freezing cold, way further than expected, with fully loaded packs that had been loaded with a 20 minute hike in mind, we finally arrived.

Success despite all odds!

I don’t think I mentioned yet that I probably have the most amazing, kind, trusting, and patient girlfriend in the world.

We finally got our camp site set up, the tent posted, a fire built, food cooking, and everything settled. After all the work and frustration of the evening, having fresh stew over a camp fire with amazing company and the smell of a fire in the winter air, all the stress seemed to evaporate. From there on, we had a fantastic trip with a good nights sleep, a great hike the next day with friend who came to join us in the morning, a lot of playing in clean fresh waterfalls, breathtaking views of the autumn from mountain tops, and some great exercise.

So what I really wanted to share, other than some great pictures, was a lesson that presented itself so clearly this weekend. It doesn’t matter what you’re doing, but with whom you’re doing it with. With the wrong person, this trip could have been terrible. But instead, I had the right person with me who saw it through, trusted in me, supported me even when I made some bad mistakes, and kept a cheery disposition throughout. It was because of that, that we ended up having a really great time, some funny stories to laugh about in the future, and an even better relationship.

So how does this help you in business? In my company, we have a policy that our clients are our partners, and having the right partners can make all the difference in your life and in your business. It’s that simple.

Ever had an experience like this in life or in business? I’d love to hear about it, laugh about it, and learn from it. Post it below in a comment so we can all get something out of it!